“There is cruelty, there is violence, there is hate. But never in the history of humankind has there ever been a more scientific and systematic annihilation of people. I survived Hitler’s horrific death camps. Last night I slept in Joseph Goebbels’s bed. People ask me, how did you learn to overcome the past ? Overcome ? Overcome ? I haven’t overcome anything. Every beating, bombing, and selection line, every death, every column of smoke pushing skyward, every moment of terror when I thought it was the end — these live on in me, in my memories and my nightmares. The past isn’t gone. It isn’t transcended or excised. It lives on in me. But so does the perspective it has afforded me: that I lived to see freedom because I learned to forgive.”

The Choice is undoubtedly the most inspiring book I have ever read. And so are you Dr. Edith Eger, I would like to thank you for sharing your story.

The Choice is a life-changing – life-saving – book, and no matter how painful your struggle is, it will take your breath away, literally leave you speechless. It is a must-read.

When Edith was sixteen she was an athlete, a talented ballerina and gymnast training for the Olympics of 1944. But as war broke and she was told she couldn’t compete because of her “background” (i.e. “Jewish”), she did not imagine anything worse could happen to her. But a few weeks later, she was sent to Auschwitz.

In Auschwitz, Edith quickly understood that to survive was to hold on to your inner world, your inner-self. It was her strength, what the Nazis couldn’t take away from her nor destroy. While she danced for Mengele on “The Blue Danube” in the barrack in front of the other prisoners, she transported herself out of the camp, away from war upon the stage of the Budapest opera house, dancing on Tchaikovsky’s Romeo and Juliet, “and the only world that exist[ed] [was] the one inside [her] head.” Unfortunately, after Liberation her strength became her weakness.

“At Auschwitz, at Mauthausen, on the Death March, I survived by drawing on my inner world. I found hope and faith in life within me, even when I was surrounded by starvation and torture and death. After my first flashback, I began to believe that my inner world was where the demons lived. That there was blight deep inside me. My inner world was no longer sustaining, it became the source of my pain: unstoppable memories, loss, fear. […] I tried to banish my memories of the past. I thought it was a matter of survival. Only after many years did I come to understand that running away doesn’t heal the pain.”

The Choice is not “just” about Auschwitz. It is the story of how she survived in the concentration camp and through life after Liberation. If freedom was given to survivors as soon as Liberation was announced, the death and horror surrounding them in the camps still haunted them years after. The book is divided into four parts: “prison”, “escape, “freedom” and “healing” and through its 23 chapters, Edith Eger tells us how she learnt to move on from “freedom from” (the death camps) to “freedom to” live, create, choose.

A few years after settling in America, Edith Eger took up a psychology course and has today become an extraordinary clinical psychologist. By helping others to heal, she understood a lot about her own traumatic experience and learnt how to respond to the effects it provoked – provokes – upon her. What I found most interesting is how she puts her patients’ experiences in relation to her own in order to help them –and eventually herself—find peace. As she can identify with her patients’ struggles, she is able to make them see the light at the end of the tunnel, she can make them understand that even in hell hope can flower, and most importantly, their healing makes her realize she can forgive, she can choose freedom. For instance, in the 16th chapter in the third part, she tells two of her patients’ story : Emma, suffering from anorexia, and Agnes from breast cancer. Emma’s anorexia reminds her of her own starved ghost in Auschwitz and enables her deal with her past, while Agnes who dies in peace thanks to her help, enables her to deal with her present.

Edith Eger has endured pain, danger, death, irrevocable suffering, fear, depression and so much more, and yet she decides to thrive through life, to forgive. “Work has set me free”, she says. “I survived so that I could do my work. Not the work the Nazis meant – the labor of sacrifice and hunger, of exhaustion and enslavement. It was the inner work. Of learning to survive and thrive, of learning to forgive myself, of helping others to do the same. And when I do this work, then I am no longer the hostage or the prisoner of anything. I am free.”

If The Choice truly is inspiring, it is nonetheless beyond overwhelming. Some parts are unpleasant and difficult to read. There is beauty and there is horror, there is light and there is darkness, there is laughter and there are tears, there is struggle but there is hope. I cried my heart out reading this book, but it has – and will – helped me in so many ways, and I hope it can help you too.

“Whether you’re in the dawn or noon or late evening of your life, whether you’ve seen deep suffering or are only just beginning to encounter struggle, whether you’re falling in love for the first time or losing your life partner to old age, whether you’re healing from a life-altering event or in search of some little adjustments that could bring more joy to your life, I would love to help you discover how to escape the concentration camp of your own mind and become the person you were meant to be. I would like to help you experience freedom from the past, freedom from failures and fears, freedom from anger and mistakes, freedom from regret and unresolved grief — and the freedom to enjoy the full, rich feast of life. We cannot choose to have a life free of hurt. But we can choose to be free, escape the past, no matter what befalls us, and to embrace the possible. I invite you to make the choice to be free.”

I know I’ve quoted a lot, but in this case it is impossible not to.

Dr. Edith Eger wrote and published The Choice at the age of 92 in 2017. Find out more about her on her website here. 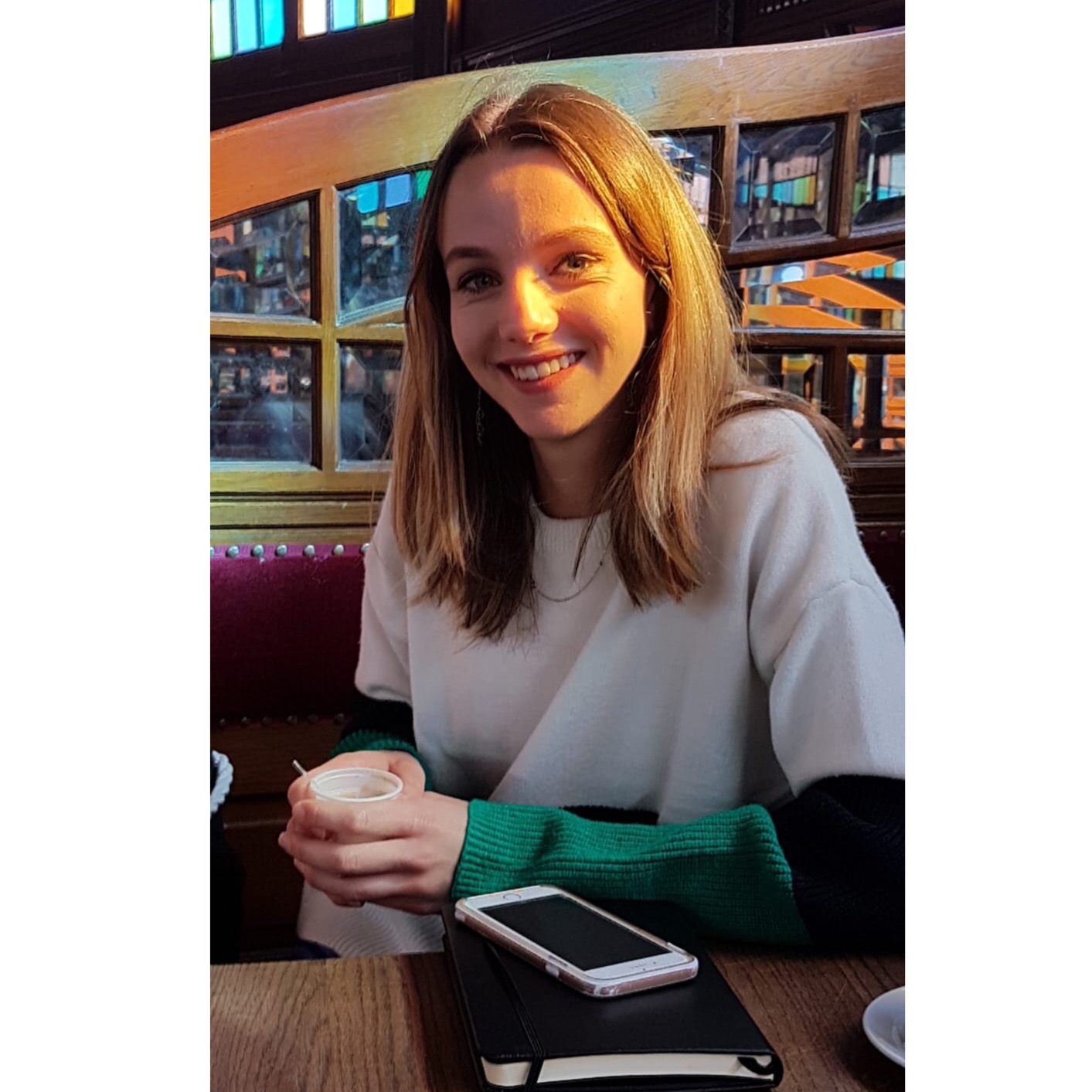 🦋 “On the platform of a train station, late morning, early June: two women embracing after a separation of several months. Behind them, a tall fair-haired man alighting from the train carrying two suitcases. The women unspeaking, their eyes closed tight, their arms wrapped around one another, for a second, two seconds, three. Were they aware, in the intensity of their embrace, of something slightly ridiculous about this tableau, something almost comical, as someone nearby sneezed violently into a crumpled tissue; as a dirty discarded plastic bottle scuttled along the platform under a breath of wind; as a mechanised billboard on the station wall rotated from an advertisement for hair products to an advertisement for car insurance; as life in its ordinariness and even ugly vulgarity imposed itself everywhere all around them ? Or were they in this moment unaware, or something more than unaware — were they somehow invulnerable to, untouched by, vulgarity and ugliness, glancing for a moment into something deeper, something concealed beneath the surface of life, not unreality but a hidden reality : the presence at all times, in all places, of a beautiful world?” 🦋🌻
« you do not just wake up and become the butterfly »
Petit passage en librairie alors que j’ai pas du tout le temps de lire 🤷‍♀️📚
🦋 Mon programme de juillet... qui débordera très certainement sur le mois d’août 🌞
« L’image ne peut ainsi jamais tout dire, non plus qu’épuiser, seule, l’étendue ni la profondeur du dicible qu’elle indique, dont elle nous donne l’intuition. Les restes qui échappent à son puissant empire renvoient à ses limites ; ce grand dehors dont la substance et les contours sont à préciser échoue à la parole. La tâche qui incombe à l’écriture est de rendre visible, de livrer au travail du sens les pans muets de l’image, les pans qu’elle dissimule ou qu’elle n’est pas en mesure de couvrir. »
#AnAmericanMarriage is a deeply moving fictional novel I enjoyed so much that I missed the characters and their story whenever I closed the book.